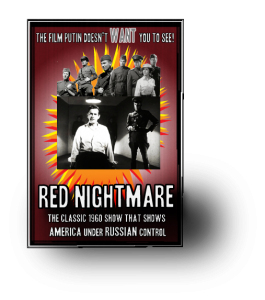 Dragnet’s Joe Friday playing a Rod Serling type figure in Red Nightmare. John Travolta showing troops how to enlist in the armed services. Teens saving the US from Russian aggression in Red Dawn. Superman showing kids how to fight communism by buying US savings bonds.

These classic morality tales from our not to distant past stand in deep contrast to today’s political climate in which the United States President publicly announces that he trusts the word of the Russian president over his own security services. His trusted advisors are arrested for not reporting secret meetings with Russians and numerous senators and congressmen try to blame recent election interference on anyone but Russia, despite numerous briefings from multiple security agency directors warning that this isn’t true.

Were we wrong? Where the Russians simply misunderstood all those years? We decided to unlock our archives and go back to the cold war days and see if all those warnings we had for so many years were just lies…or did they actually tell a dramatic version of the truth and are still as true today as they were years back?  RED NIGHTMARE explores the propaganda wars between the Russians and the US. 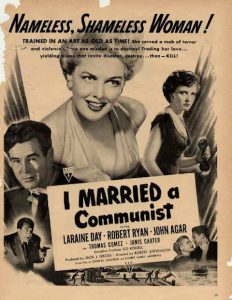 A 5 PART TELEVISION SERIES EXPLORING  THE REAL STORIES BEHIND “FAME.”

EPISODE ONE AND TWO: RODDENBERRY’S TREK

The pilot episode is Roddenberry’s Trek,  narrated by Michael  “Warf” Dorn, explores the back story of how Gene Roddenberry went from a B17 pilot in WW2 to creator of a the Star Trek universe. The documentary includes interviews with Gene Roddenberry, George Takei, Leanard Nimoy, Nichelle Nichols and others. Winner of the 2019 Library of  American Broadcasting Foundation’s Broadcast Historian Award.

Narrator Michael Dorn, Warf on the Star Trek, The Next Generation series, shares his memories of meeting Gene Roddenberry. 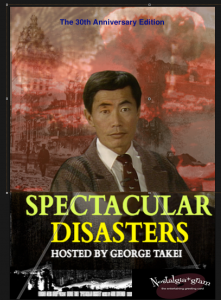 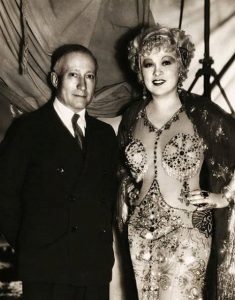 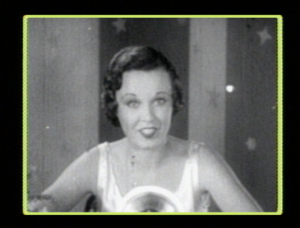