My career began to take form almost 65 years ago when my mother somehow ended up becoming personal secretary to Elvis and his manager, Colonel Tom Parker. My childhood was enter twined with one of the biggest pop culture stories of the century.

By the time I entered my teens, I had caught the Hollywood bug. My first aired TV show (The Conrad Hilton Story) was shown the year I graduated college in 1975, and I have been making films and writing books dealing with pop culture stories ever since.

After a life recording pop culture stories, I recently got a check from a distribution company. They had licensed six of older pop culture shows over a half year period to various streaming sites. The check  I got was for 135 dollars. It didn’t take long for the lightbulb to go off. I realized that I needed to control my own content. So, I decided to open up my library of 5000 films video and print elements and over 1000 items for the pop store, and put them under one rooftop; the POPCHANNEL.com.

A SHORT HISTORY OF MY POP JOURNEY

My first pop journey was as a small kid in the midst of the Presley organization. Here is my mom’s first boss, Elvis with her in 1956.THis is taken in downtown Vienna at the beginning of a museum exhibit about my mom and Elvis in 2017. 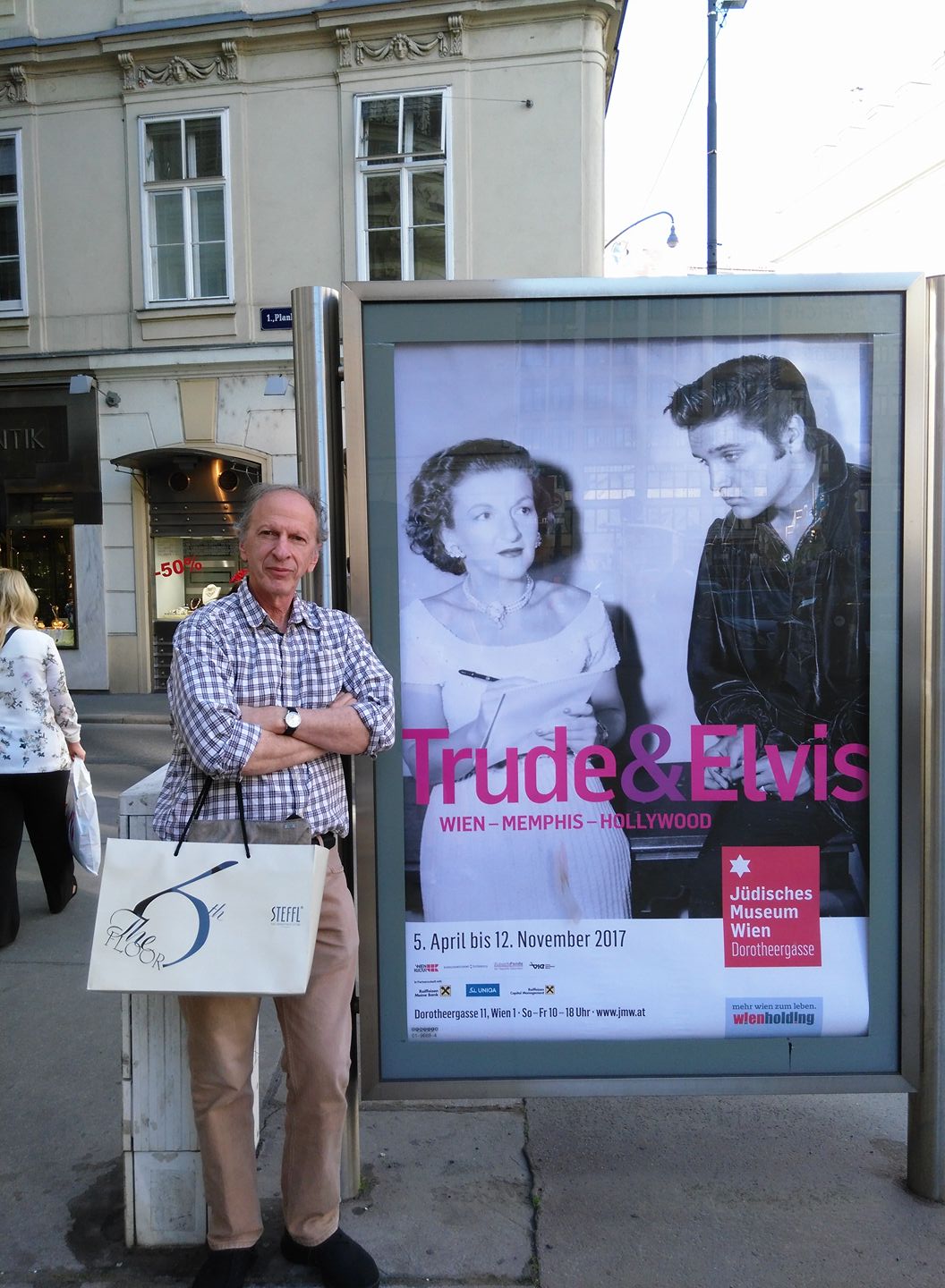 During my middle school days, I watched my mom and her film production partner Adolph Zukor 2nd produce some shows. His grandfather started Paramount Studios and I learned a lot about the history of the town from watching them work together.

After college I started producing documentaries. My first feature was created during my mid 20’s, Ticket to Hollywood which was hosted by Jackie Cooper, who inadvertently found himself hired on as my mentor.

I would go on to produce dozens of projects about Hollywood that would be licensed by the Discovery Channel, A and E, Cinemax, Starz/Encore, PBS, Pearson Education and multiple sales abroad. My second feature documentary, Hollywood Uncensored (1986) looked at how Hollywood tried to avoid dealing with racial issues in its ‘golden age’ and how it sometimes couldn’t avoid it, with censorship battles being fought in print, radio, by morality groups and the government.  In 1989, as part of my series, Hollywood Chronicles for the Discovery Channel, I did an episode on the subject of race in movies and how battles occurred and were fought.

After nearly two decades of producing, I got tired of the Hollywood shuffle, and began to teach pop culture and filmmaking at the college leveI in 1997. One advantage my students had was my background as a producer and I would take classes to Hollywood and show them how the town operated.

I retired from full time teaching in 2012  Over the past few years I revisited the subject of censorship in my hour documentary Roddenberry’s Trek (2019), which focused on the challenges Gene Roddenberry faced by showing a future with a mixed racial group during the same time Jim Crow was alive and well in America’s deep south. I also had the opportunity of developing and narrating a show about my mom and Elvis for the Austrian TV Network ORF, Elvis und das Madschen aus Wien.